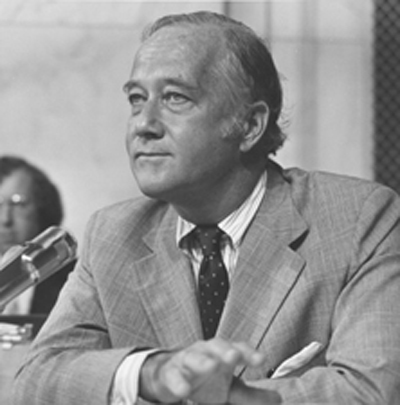 The history of the Maryland beaten biscuit has largely been lost to time.  No information on their origins exists and what little is known is based on colloquial accounts passed down through local families.

Former U.S. Senator from Maryland Charles “Mac” Mathias was an avid consumer of beaten biscuits and found a fast friendship in the Orrell family in the period where they were the only remaining commercial bakery making biscuits.  Senator Mathias, on learning of the lack of an official  history asked Dick Orrell to prepare one based on the history he could dig up and the personal knowledge he had.  Mr. Orrell did just that and sent it to Senator Mathias who read it into the Congressional Record on October 13,  1973.  The following is the text from this reading:

Maryland Beaten Biscuits originated in Southern Maryland and the Eastern shore in the days of the Plantations and Manors.  Probably due to the lack of leavening, this method of making bread and setting it to rise was apparently the only way possible.  This could have been the outgrowth of the Indian method of beating corn for making food items.  The biscuits consist of lard, flour, salt, sugar, baking powder, and water.  Some recipes replace the water with either whole milk or skim milk.  Prior to cooking the biscuits, they have to be beaten in some manner.  From my research it appears that the ingredients were mixed together by hand and then place on a biscuit block to be beaten until the dough reached a point that the biscuit could be formed by hand into a smaller piece of smooth dough that eventually becomes the biscuit.  It is known that initial biscuit blocks were stumps from a hardwood tree, such as oak.  I have been told by my Grandparents that they were first used left in the ground after the tree was cut down.  Later the blocks were mounted on legs and became part of the kitchen.  The stumps were smoothed so that there would be no splintering and they became smoother through use since they were conditioned by the shortening used in the biscuits.  A servant of the manor beat the dough with a special ax used only for this purpose.  The ax could have been a bar of iron, a blacksmith hammer or a hardwood mallet.

Instead of beating the dough, someone recognized that a rolling machine might accomplish the same trick.  The machine worked well; it consisted of using a roller mounted on a slab of hard wood or marble.   To operate the machine, the roller was turned while feeding the dough so it was compressed between the roller and the slab.  This process worked the dough as well as beating and was less difficult to perform.  To determine when the dough was ready to be made into biscuits, the person beating or rolling merely listened to the snapping and cracking sounds of trapped air being released that emanated from the dough.

Each biscuit was and still is shaped by hand.  The dough is kneaded by the fingers in such a manner to make the biscuit smooth on all sides.  This process gives the outside of the biscuit a surface tension that it need to keep its shape while cooking.  We have explored various methods to accomplish this process by machine, but nothing yet has been devised that will allow the biscuit to be cooked and still maintain a smooth outer surface.  After being shaped, they are placed on a  cooking pan.  My Grandmother would use the ball of her hand to press the biscuit down and pick the tops with a fork.  Many people had regular picks made similar to the one we now use for the biscuits we make.

The biscuits are baked in a very hot oven until golden brown.  They were not normally eaten hot since they are basically a weekend bread and kept for Sundays and visitors.  After being cooked they were placed in a covered crock for future use.

The biscuit making process usually was done early on Saturday morning as were all the other preparations for Sunday.  When weekend visitors were at the Manor, they would be awakened by the pounding of the biscuit hammer and the aroma of the biscuits baking.

The primary use of the biscuits in past years was with chicken salad, country ham, homemade jellies, butter and preserves.  In recent days they are being used in other ways in addition to the ways of old, although now are many times eaten warm.  We also use them as a cocktail sandwich with country ham, cheese, fish, or anything that is used for light snacks such as melting cheese on the biscuits.  The biscuit is hard and crusty on the outside but soft and doughy on the inside.  To eat the biscuit, cut it in half and place what you intend to use with them on each half.  They are edible until becoming moldy which will only occur in environments of extreme heat coupled with high relative humidity.  They can be frozen and kept for long periods; heating for three to five minutes after removing from the freezer will bring the biscuits back to a fresh out of the oven state.  Under normal storage the biscuits become extremely hard but are still very much edible, in fact some people desire them in this condition.  After becoming hard, or what some consider stale, the biscuit has another use.  They can easily be ground into crumbs and used for breading purposes such as pork chops or used for thickening.  The crumbs also provide an excellent base for pancakes by adding eggs, baking powder, shortening and blending with milk..

Much of the above information stated has been obtained through extensive research of Eastern Shore History and direct experience and quotations from my ancestors who have been on the Eastern Shore for many years.  The exact origin and specific knowledge of the person or group that started making the Maryland Beaten Biscuit is not known to me.  I do know that the biscuits are an old Maryland food since my recollection and the information from my ancestors dates to the beginning of the 18th Century which makes the Maryland Beaten Biscuit a par of the Eastern Shore heritage.  We, the Orrell family, are continuing to make the biscuits in the old way and are proud of our product.  We hope that the information presented herein helps you enjoy the Maryland Beaten Biscuit as much as we do with the knowledge that you perhaps are eating an original American bread.  Thank you for taking the time to visit our bakery and having enjoyed our biscuits.

Prepared and Written by,

❰ The Evolution of Beating Biscuits A Big Announcement ❱